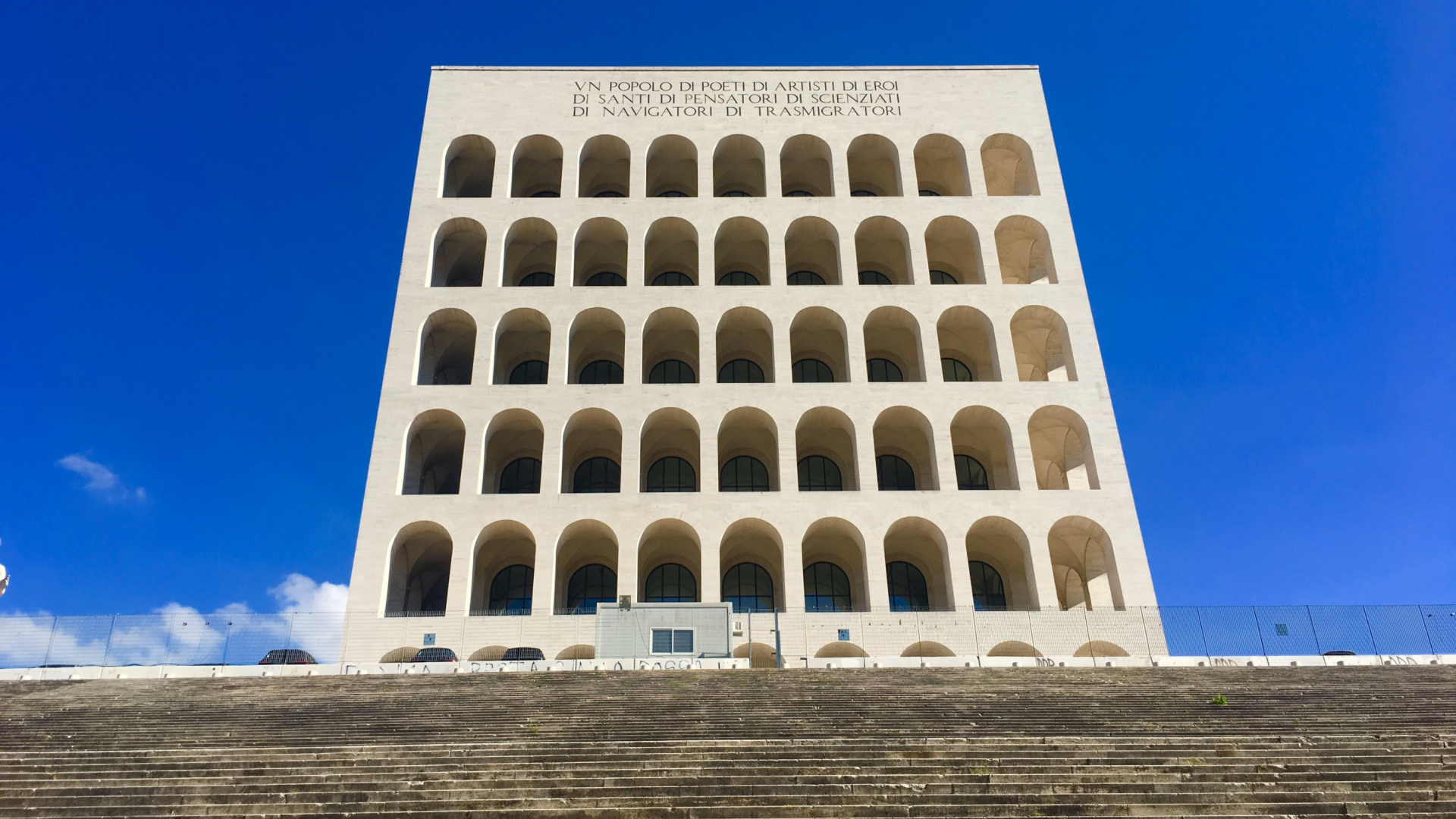 The majestic building was designed by a trio of Architects, G. Guerrini, E. Lapadula, M. Romani in 1936. Mussolini wanted a grandiose symbol as memorable as the real Colosseum, in order to show to the whole World the grandeur of Rome in the period of the Fascism.

The inauguration was held with an incomplete building in 1940. The reason was the celebration of the Universal Exposition of Rome (1942) which led to the construction of the E.U.R district.

During the Universal Exposition, the building was supposed to host the Exhibition of Italian Civilization, becoming a permanent Museum. Nevertheless, the planned exhibition never took place due to the outbreak of World War II.

Therefore, the construction of the building was interrupted in 1943 and it was resumed after the War.

The building is 63 meters high, has 54 arches on each side, and is fully covered with Travertine marble. In the arches of the ground floor, there are 28 statues representing men’s virtues, made of Carrara marble.

The Colosseo Quadrato is considered the symbol of the rational architectural style of the XX century and today it is selected by Fendi as its headquarter.

It is open to the public and periodically hosts exhibitions and cultural events.