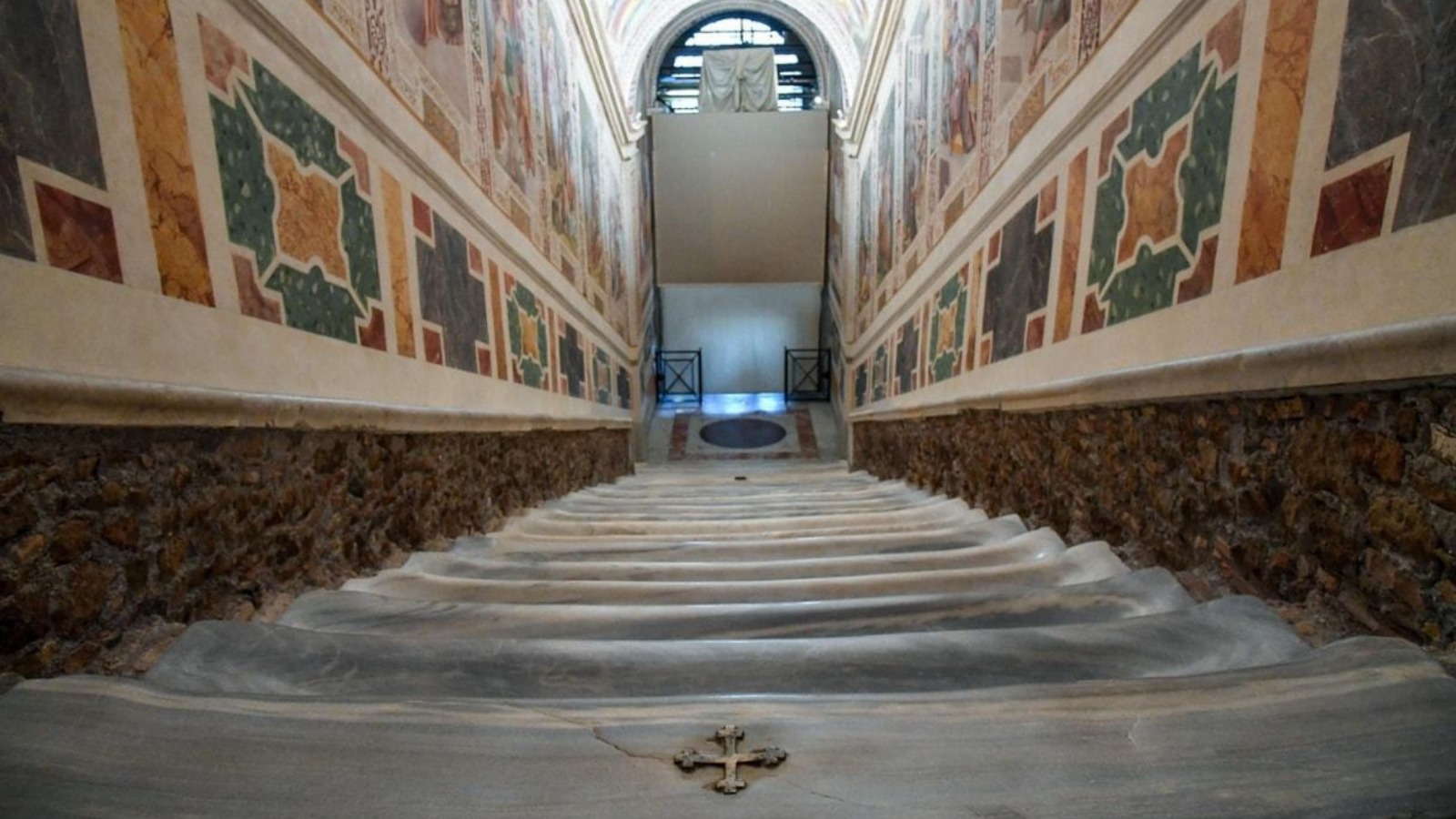 The 28 steps that compose the Holy Staircase, are located opposite the Archbasilica of St. John Lateran in Piazza di S. Giovanni in Laterano, surrounded by beautiful frescoes.

According to Roman Catholic tradition, the Holy Stairs were the steps that Jesus Christ stepped on his way to trial during his Passion, leading up to the Praetorium of Pontius Pilate in Jerusalem.

Seems like the steps were brought to Rome by St. Helena, mother of Emperor Constantine.

The Staircase leads to a Chapel known as the Sancta Sanctorum, the ancient private Chapel of Popes.

The steps were first opened to the public by Pope Sixtus V in the late 1580 but in 1724 they were encased in wood to protect their deteriorating condition.

Each year the Holy Stairs attracts around half a million pilgrims who must ascend the steps on their knees, praying along the way.

It is a religious place to visit with full devotion and respect.