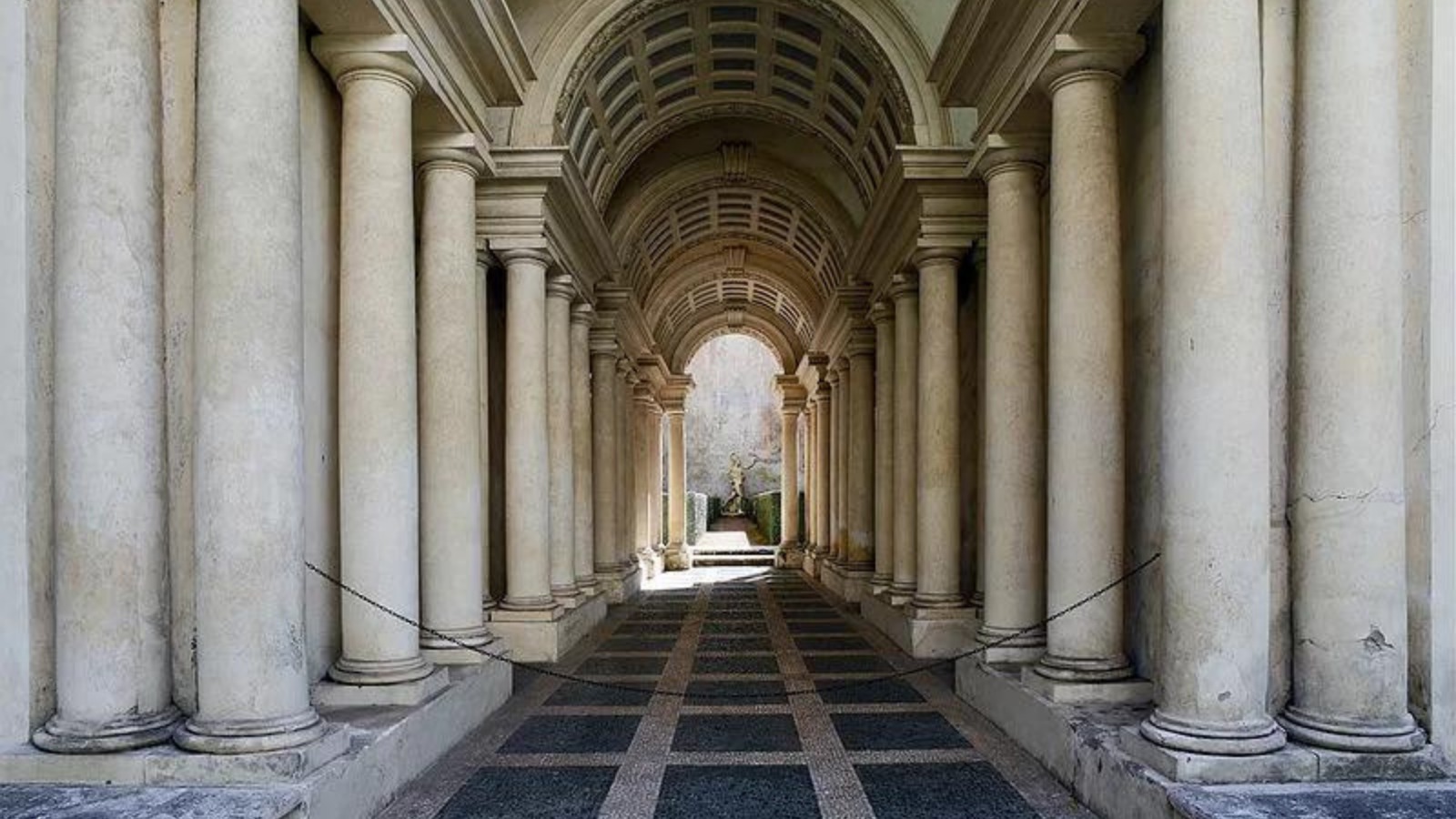 The Forced Perspective Gallery by Borromini

A Forced Perspective is a technique that employs optical illusion to make an object appear farther away, closer, larger, or smaller than it actually is.

The Perspective was built for Cardinal Bernardino Spada in 1653. The Gallery retains its formidable ability to deceive the viewer: the short gallery is perceived as a long colonnade, through a series of clever tricks.

Originally, the Gallery concluded with a wall simulating a dense forest. In the 19th century, Prince Clemente Spada, with exquisite theatrical taste, added the statue of a warrior who appears gigantic in the background, also if actually has a very small size.

It can’t be missed during a visit to Rome.