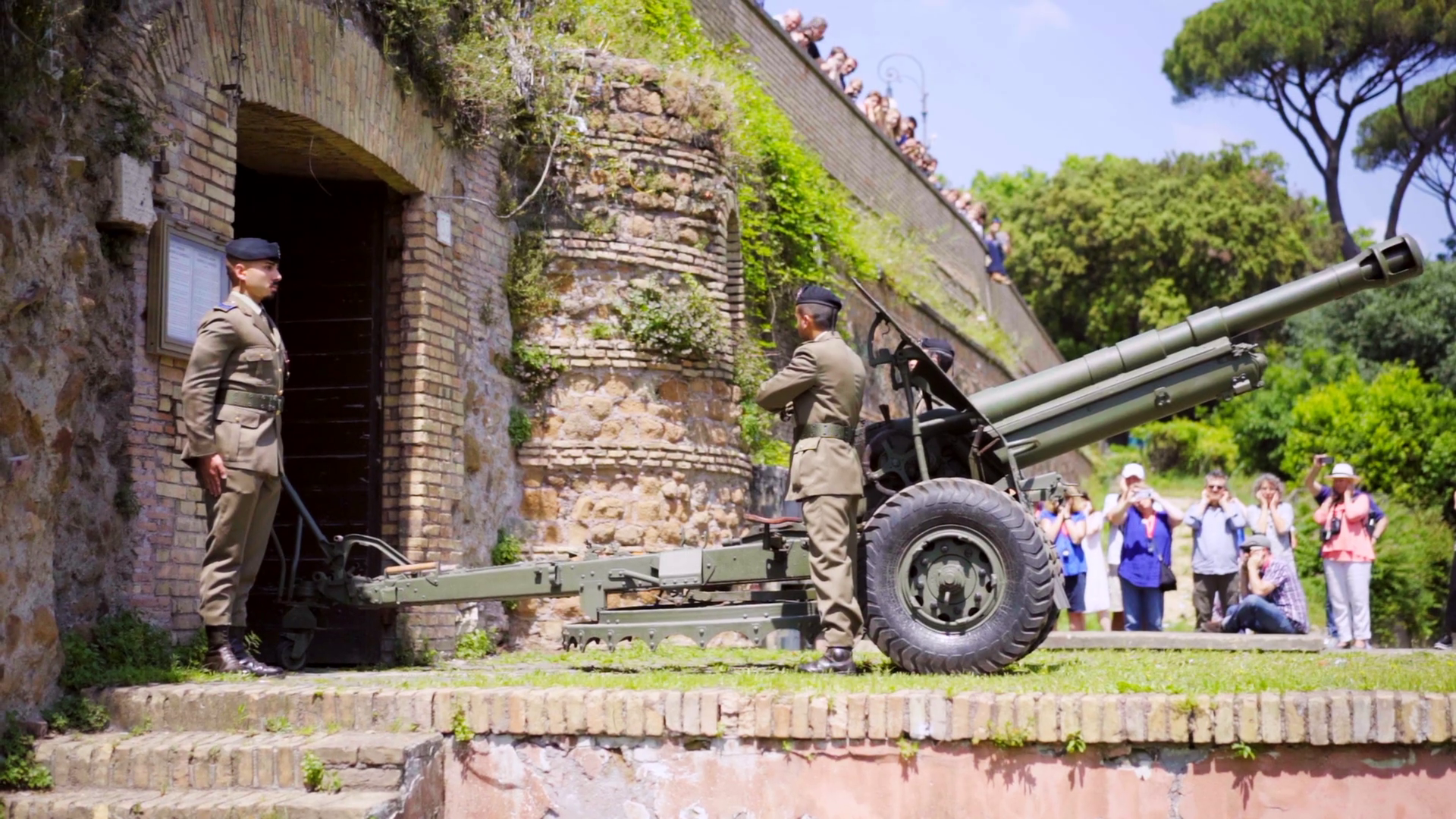 The Cannon of Gianicolo’s Tradition

On April 21, 1959, an ancient tradition was restarted. Since that day, at noon, the cannon of Gianicolo fires a shot in unison with the bells of the Churches of Rome.

This tradition was introduced by Pope Pio IX on December 1, 1847, to have a common single signal for defining the official time.

Initially, the cannon was positioned in Castel Sant’Angelo. Later, it was moved to Monte Mario and finally, on January 24, 1904, it was transferred to Gianicolo hill.

This seems to be the cannon that opened the Breach of Porta Pia in 1870 when the artillery of the Kingdom of Italy conquered Rome.

This tradition continues until today, amusing people who come to see it.

If you are in Rome’s city center at noon, take your time, open your ears and listen.

Let us know what you heard!